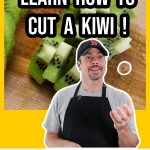 Kiwis are a delicious fruit that is packed with a lot of vitamins and antioxidants which is what makes them great for eating as a snack, in pies, or even as part of a breakfast dish.

They can be a bit tricky to cut though because they are soft and have a lot of juice inside. In this guide, we’ll show you how to cut a kiwi into perfect circles, halves, and quarter slices.

Learn how to cut a kiwi in a few simple steps.

How to cut kiwi Video

How to Cut a Kiwi Fruit in 5 Simple Steps

These 5 simple steps will give you delicious kiwi slices and chunks. They will go great in your next fruit salad!

So get yourself your favorite knife and cutting board. You can use a pairing knife or a chef’s knife, whichever one feels most comfortable to you.

Yes, you want to wash the fruit. even if you are not going to eat the skin it is still a good idea. The skin could have pesticides, dirt, bacteria and who knows what else from the farm it came from.

Rinse the kiwi under cold water and scrub it with a brush or as best you can with your own hands. After you wash it, go ahead and dry it off with a dry towel.

2. Cut the ends off the kiwi

One end of the kiwi has the last bit of the stem, you want to make sure you cut in far enough so you don’t get this in your slices.

3. Remove the skin from the kiwi

Once again, you want to have a sharp knife for this. Stand the kiwi on one of the ends that you cut off. Slice the kiwi as close as you can to the skin so you can save as much of the flesh as possible.

Slowly work your way around the fruit following the contour of the kiwi until you have cut off all of the skin.

For full detail on this process check out my post on how to peel a kiwi.

4. Remove the stem from the kiwi

There is a woody stem that you can see in the center of this picture. You want to cut that out. You can see it better in the video.

5. Cut the kiwi fruit into pieces

Slicing the fruit into circles is one of the most important steps in preparing it for fruit salad platters or even just a snack.

Put the kiwi on its side and slice the fruit into some nice circles. At this point, you are just cutting the fruit to the desired size and shape that you want.

After you slice your kiwi learn how to store kiwi fruit.

Cut in half the long way then put one piece on its side. Slice the halved kiwi into 1/4″ slices.

Cut in half the long way then put one piece on its side. Slice it again the long way down the middle. Now go ahead and cut across the fruit to make some nice quarter-size pieces.

This is a great way to cut kiwi for a fruit tray or platter. It is important to make sure that you have a ripe kiwi before you eat it so that it isn’t bitter or hard. Learn more on my post about how to tell if a kiwi is ripe!

Cut the ends off the kiwi and then cut the kiwi in half. Take a spoon and run it around the inside of the kiwi between the skin and flesh of the fruit.

Move it around in one direction until it’s separated. I have another post that explains it all How to Peel a Kiwi.

You want to feel the kiwi make sure it is not too firm, if it’s firm it is not ripe yet. If you’re feeling the kiwi and it is really soft then most likely it is past its ripened state.

You should be able to smell the sweetness from the fruit. I compare the softness like when you’re choosing an avocado, I feel it’s about the same.

The fruit is a real punch of healthy nutrients and vitamins. It has a source of fiber as well. One kiwi gives well over your daily needs for vitamin C.

How to Cut a Kiwi (5 Simple Steps)

Bob
Learn How to Cut a Kiwi in a few simple steps. These little fruits are packed with a lot vitamins and antioxidants. 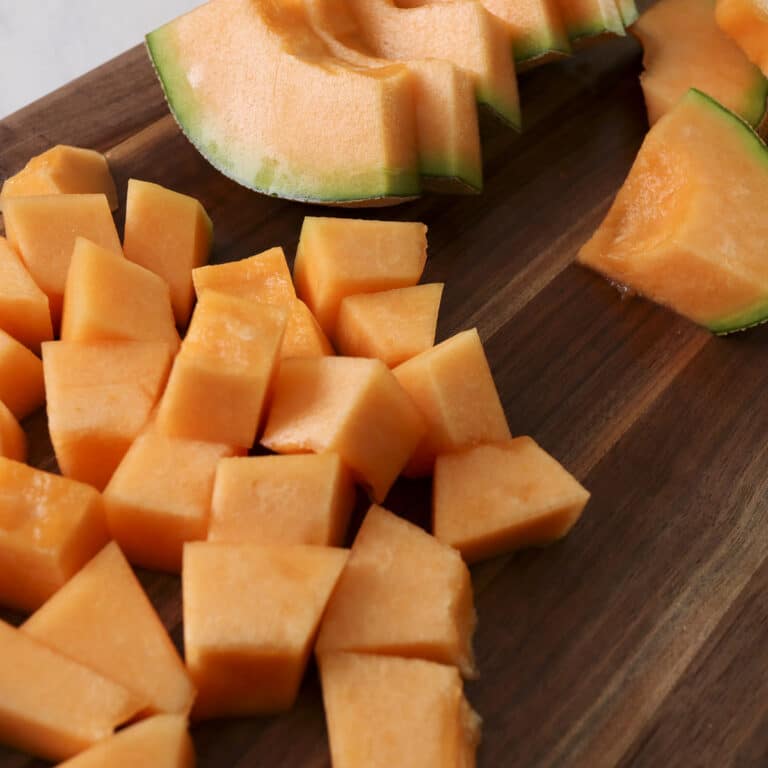 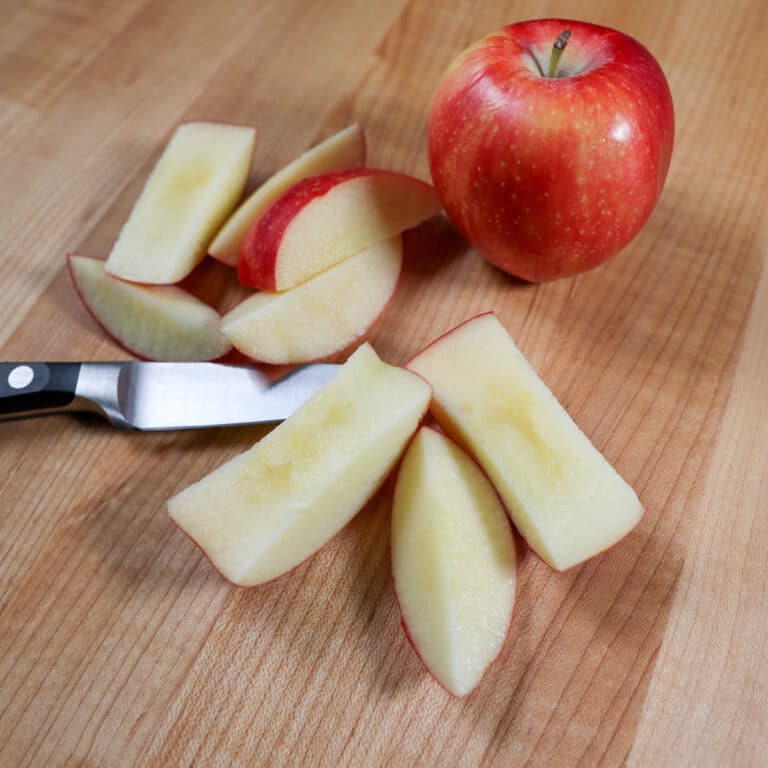 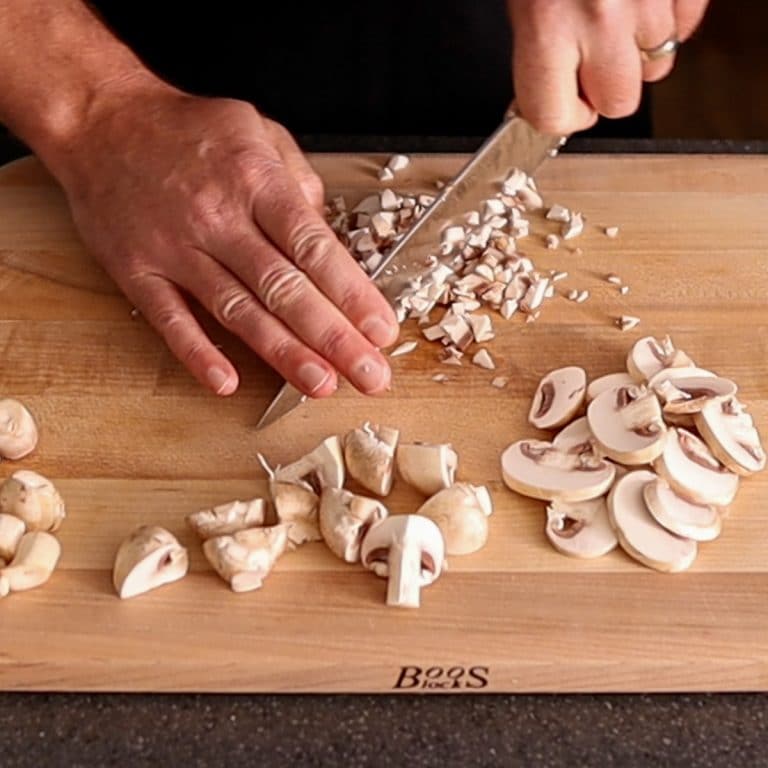 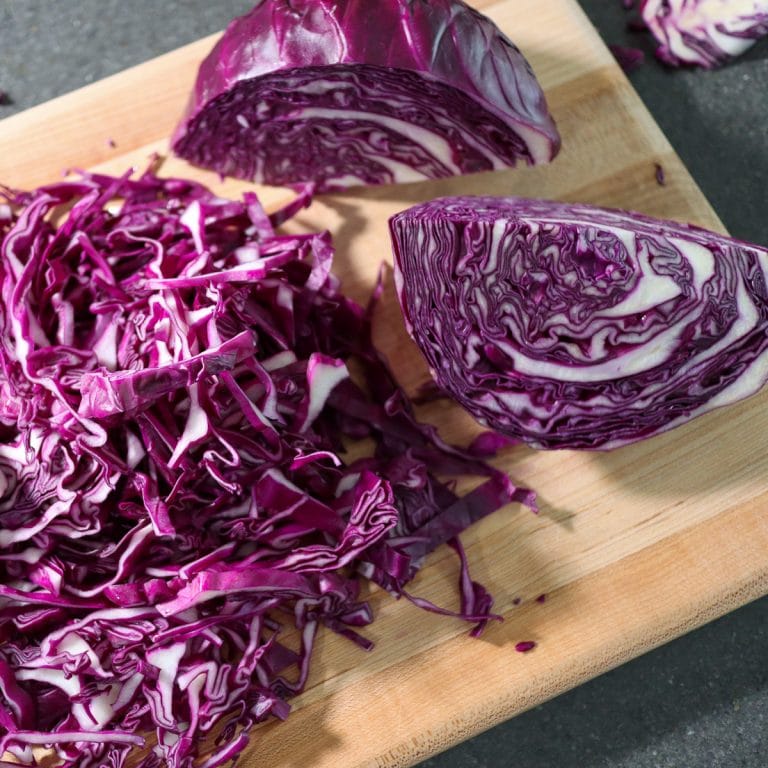 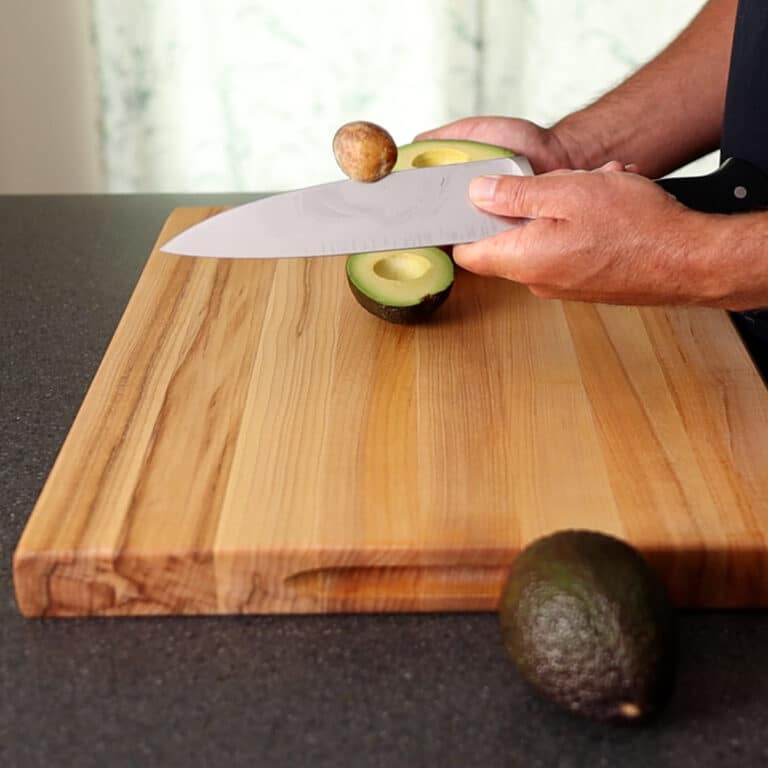