American chop suey is a New England thing. However, the dish itself is known throughout the country just by different names.

You may know this American classic dish as American goulash or Johnny Martetti also.

Where did American Chop Suey Originate

Supposedly, it was originated by a Chinese man in New York. He wanted to prepare a meal for his American guest with some of his culture included. He served them a meat sauce with vegetables.

As the years went on it started being offered in restaurants and schools and then became a go-to dinner for many throughout New England.

Here in New England, we love our comfort foods, especially during the cold winter months. The American chop suey recipe is one that hits home for many as it has been around as a weekly staple for so many of us growing up.

Not only is it inexpensive to make, but it is also fairly quick to prepare. If you have a crowd to feed it can go a long way as it makes a lot and fills the belly from all the meat and noodles.

If you move out to the west part of the United States and tell someone that you are making American chop suey two things might happen.

One, they might look at you sideways and wonder what you are talking about until you explain the dish and then they realize that they have had it before also, only by a different name.

Or two they are going to know that you are a New Englander as only people from New England call it by that name.

I am up in New Hampshire but being a childhood kid in Massachusetts it is well known around the Boston suburbs.

What is American chop suey?

It is an all-American pasta favorite that uses elbow macaroni, ground beef, tomato sauce with bell peppers, onion, and spices. A lot of versions will also include garlic!

If you are really confused then you want to check out my entire post on what is the difference between Goulash and American chop suey. 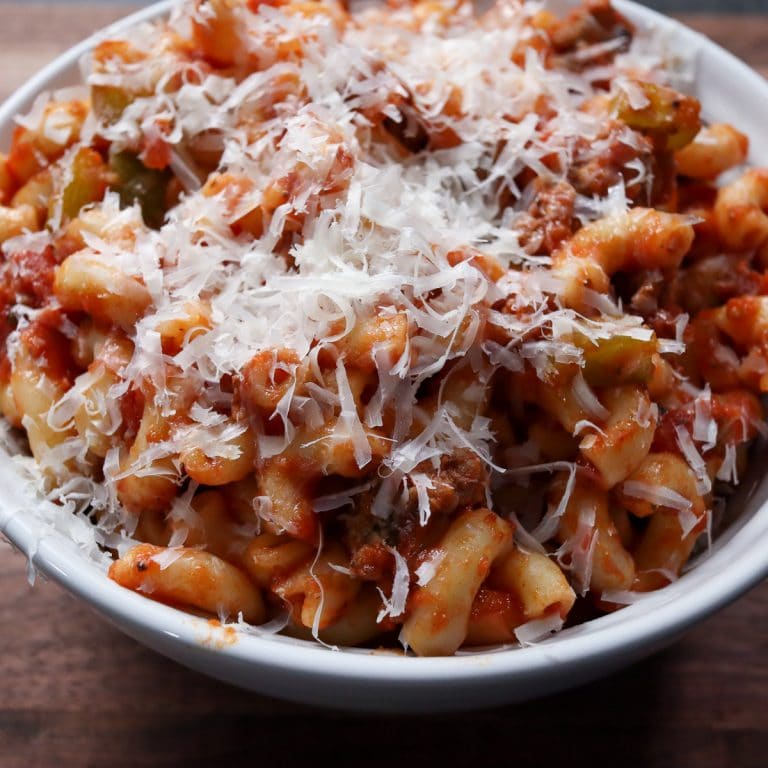 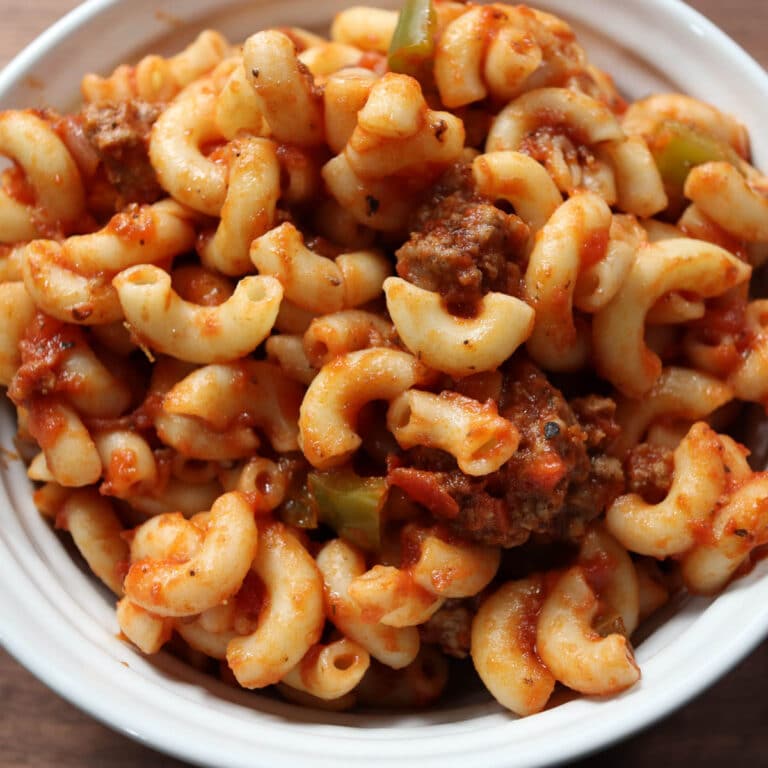 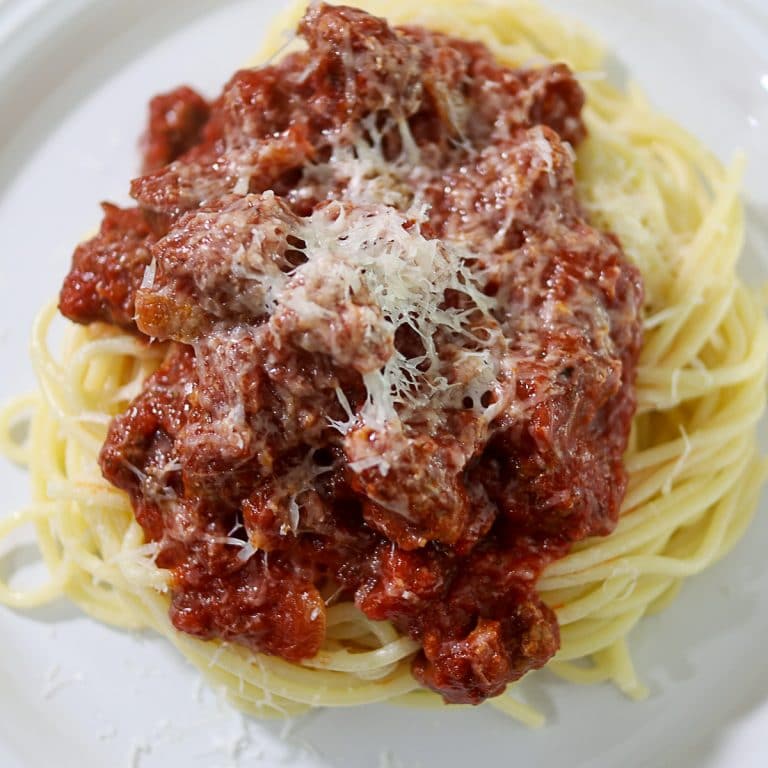 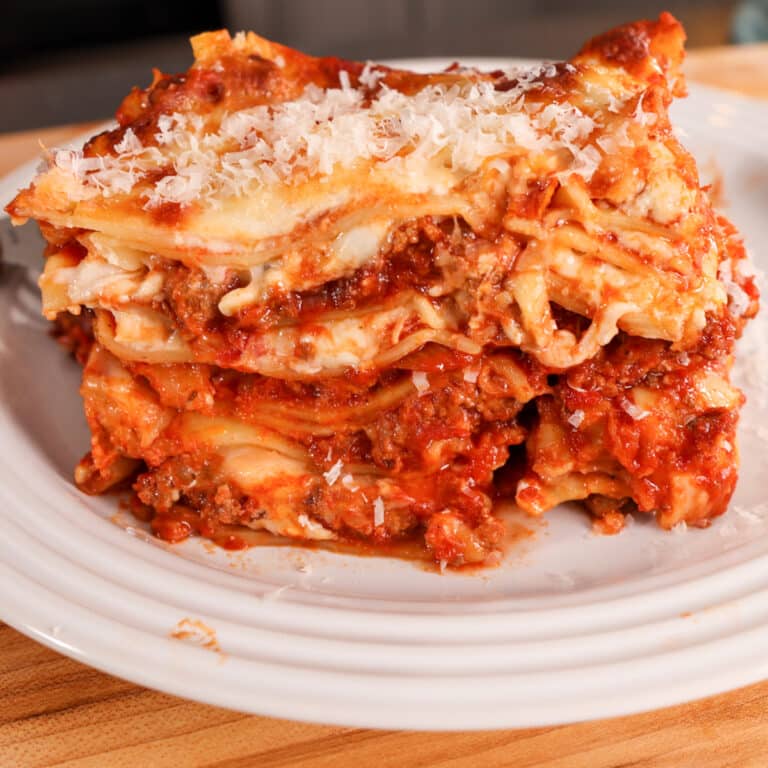